On the eve of an abandoned hospital's demotion, evil walks its empty corridors to the pulsating echo of 150 beats per minute. It's 1992, an uncertain time of uprising, of violent revolution against the so-called New World Order. When Rachel, Branson, and others attend an illegal rave party held in the facility, they encounter the malevolent presence lurking within. A hallucinogenic drug nightmare infused with illicit partying and forbidden sex, these young ravers will soon discover the insane world of DeadThirsty in RAVE PARTY MASSACRE.

I need to start this review with a confession: In the late nineties, probably up until the year 2000, I was into house music. This is not something I am proud of and it is still very hard for me to come to terms with; I've mostly blocked out the memories due to shame. Growing up in Namibia with conservative parents, I had little in the ways of musical education but I do still have an unhealthy love for Tina Turner. House was the first genre and subculture that I adopted as my own. Although now a self-professed metalhead, I still remember the days of whistles, glowsticks, pacifiers, and people grinding their teeth to dust. Drugs, booze, hand massages and questionable choices ruled the day...or rather the night. 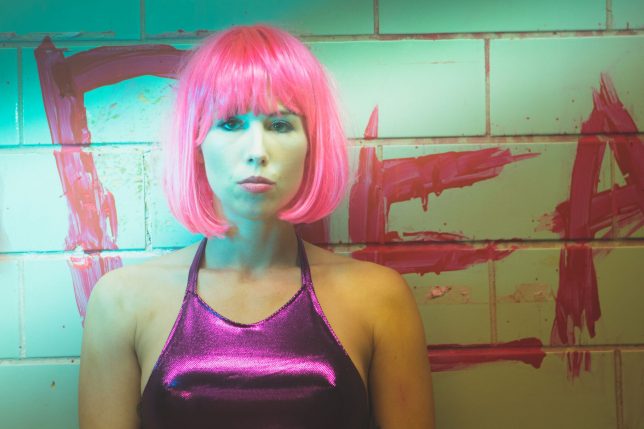 The opening act of Rave Party Massacre took me right back to those days. While the rave in the film had far fewer people than the parties I attended in the past, it nonetheless absolutely encapsulates the debaucherous antics of EDM parties and the people that embrace the associated hedonistic lifestyle.

Explaining what happens post-party would have me wondering dangerously into spoiler territory, so suffice it to say that our protagonists find themselves in the worst possible come-down scenario. The film has a tendency to jump around, using flashbacks (or maybe hallucinations?) to build the story. I found this a bit counterproductive as the backstory could just as easily have come to light through regular, linear progression, but I guess that it was done purposefully as to help build mystery in what is not exactly a very complex script.

Whilst the acting left a lot to be desired, I have to give credit where it is due. The set is great and the general atmosphere is fantastic. The background noises, lighting, cinematography; all pretty on point, which was a pleasant surprise in what is a considerably low-budget title. The characters were actually really watchable and enjoyable, with all the personal dramas quite quirky.

The action sequences are a mixed bag, some being decent and others lackluster at best and at times borderline comedic, which is only a good thing if you are trying to parody. The last act plays out very predictably, which was to be expected with such a small cast. I found it somewhat ballsy to add Hitler loving, alt-right, NWO conspiracy theorists as the antagonists, but it does work. The film ends well, with a clever ending that I did see coming but was different enough to be memorable.

All in all, while still very much an indie production, Rave Party Massacre manages to stay enjoyable throughout. It was pleasantly surprising — my low expectations were easily surpassed and I enjoyed the film even though slashers are probably my least favourite horror subgenre. Very much recommended, even if on entertainment value alone. Thanks for reading and as always, stay sordid. Catch the trailer and some info below.