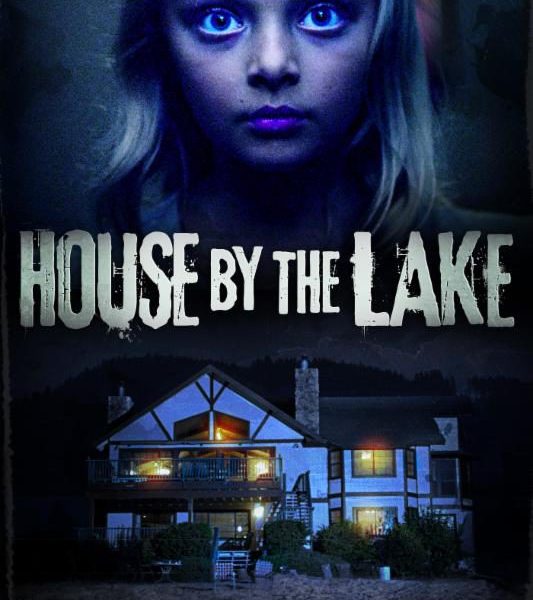 The main character in House By The Lake is a beautiful, blonde, 10-year-old girl with big, bright eyes named Emma, who is brilliantly portrayed by Amiah Miller. Emma is, like many of us, not a flawless creature. She is autistic, suffers from night terrors, has the occasional episode of somnambulism (sleepwalking), & does not like to be touched at all (not even by her own parents). The child is very quiet & withdrawn (typical of autistic children). She is socially awkward but isn’t without so-called ‘normal’ traits found in most children. Much of her time is spent making drawings in crayon, not unlike what you’d typically find magnetized to refrigerator fronts in any household with young children. She also sometimes indulges in the creation of imaginary friends to play with, as children often do when they are an only child. But there is something different about her (apart from her diagnosed maladies) that both draws you in and evokes a sense of mysterious dread.

Emma’s mother, Karen (Anne Dudek) is a loving and devoted parent, but she is the definition of a ‘helicopter mom’; Always watching, protecting, and hovering. As a result, she tends to neglect her own needs (and those of her husband) in the process. Karen‘s husband is Scott(James Callis) & he applies quite a different approach to parenting the child than his wife. He seems much more laid back in his efforts to deal with Emma & her peculiarities. Both parents are very attentive & loving, obviously wanting only what’s best for their little girl. Like any good parents, their goal is to make her as ‘normal’ as possible. Emma seems to both notice this & resent it.

As the family travels to the quiet House By The Lake for a welcomed change of scenery, the audience is introduced to the hired nanny named Gwen (Natasha Bassett). She is youthful & attractive, which Karen finds objectionable & somewhat suspicious, as it was her husband that hired her. Karen maintains her apprehension even after learning that Gwen has a degree in child psychology & is experienced with children in Emma‘s “spectrum”. The mother’s doubts about Gwen‘s abilities are somewhat diminished when she sees the two interact & progress.

We learn that Emma is not very fond of water, in fact, she is terrified of it. Her parents have found ways around this, such as shampooing her hair in a sink so that she is never actually submerged. Perhaps retreating to a house on a lake was not such a good idea, considering? Thereafter, the young girl meets an odd man known only as ‘Harry’, and she uncharacteristically warms up to him fairly quickly. But Karen senses that there is something strange & unnerving about “Harry”; something hidden, something….. secret?

House By The Lake plays off of a modern reconstruction of archetypal fears that are ubiquitous in the dark fairy tales most of us were read as bedtime stories growing up. There are only a handful of characters in the film, which makes it very easy to keep up with & also streamlines the picture’s flow. The score of the film was impressive and evoked a real sense of dread and wonder. And, although the film’s pacing is a bit slow at times, it seems to fit and work with this type of storytelling. Utilizing a fair amount of foreshadowing and misdirection, House By The Lake skillfully weaves both mystery & suspicion. The filmmaker blurs the line between psychological terror and tangible fears; feeding the confusion & wonder with intrigue, right up until the terrifying and shocking conclusion. If you were a fan of  Grimm’s fairy tales as a child, you’ll want to give House By The Lake a splash. 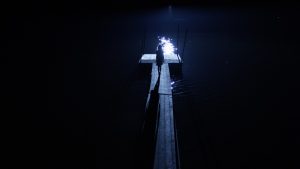 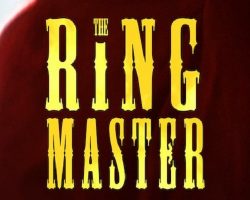 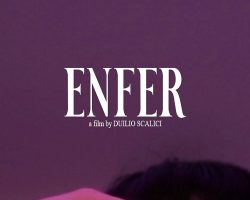