There was a time when I couldn’t get enough of zombie movies. These were the days pre The Walking Dead; days when zombie movies were almost always budget-less B-movies that indulged a guilty pleasure. I’d spend hours rummaging through bargain bins or searching online for something I hadn’t yet watched. October 31st, 2010 changed all that. Zombies were now popular again. A genre left dead and buried had suddenly been given new life. Unfortunately for me though, with the revival came a slew wannabes trying to cash in on that gravy train of unearthed graves. I had eaten my full of zombie movies, and that left a somewhat bitter taste in my mouth. I will always be a huge fan of the genre, but I feel as if it no longer my late night picture preference. Three scouts, on the eve of their last camp-out, discover the true meaning of friendship when they attempt to save their town from a zombie outbreak.

Yeah, that synopsis alone is enough to let you know exactly what you are in for, and the film delivers. “What does it deliver?” you probably didn’t ask? Well, let me tell you anyway. Cheese.

Scouts is a fun film that is heavy on friendship and growing pains…and gore. As someone that watches almost exclusively horror films, this was more of a coming-of-age comedy working around the issues of what it means to be a friend and discovering who it is you really want to be. Sure, the backdrop to this whole adventure of self discovery may very well have been a well made, well acted and reasonably comical zombie flick, but it really was more about just being happy with who YOU are as an individual and doing what makes you happy…and forging cool weapons to kill stuff.

Silliness aside, the movie is good. The acting and direction were enjoyable, decent special effects, a budget big enough to employ a host of familiar faces, and good combination of comedy and gore (nothing scary) to justify the 93 minute run time. The film has had many, many mixed reviews and wasn’t exactly a box office success, but I’d personally put that down to it being overhyped. It’s not a masterpiece, but it is memorable thanks to the somewhat unique premise of using scouts as protagonists. Although I’d barely classify this as a horror, I’d still recommend it to those looking for a mindless bit of fun and relaxation. Catch the trailer below. 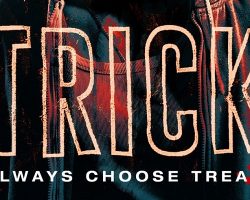 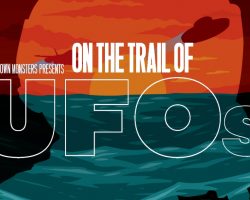 On The Trail of UFOs ~ Review