Babes with Blades Gets Release Date 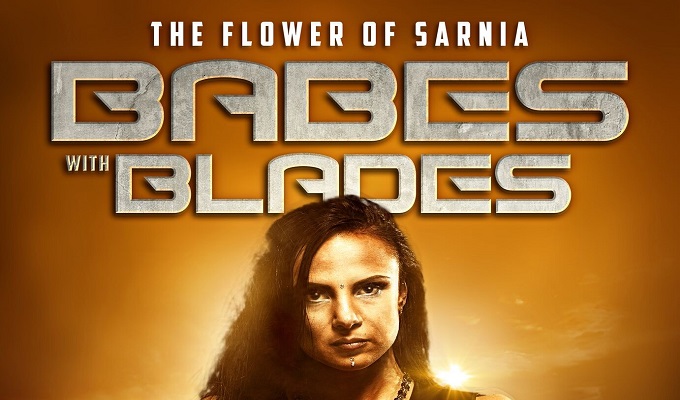 On the dark streets of Draiga, a mining colony occupied by the Visray Empire, lives Azura, the last of a fearsome warrior race known as the Sarnians. After witnessing her once beautiful home world turn into a lifeless husk, Azura must fight to the death in the gladiatorial ring to stay alive. Meanwhile, a group of human freedom fighters form a resistance, seeking to try and protect their families from the oppressive and cruel rule of the Visray Section Commander Sorrentine. Unbeknownst to Azura, the fate of all humans on Draiga is about to rest in her hands. Can she survive long enough to save her colony?

Babes with Blades may sound like one of history’s cheesiest movie titles, but there is actually a bit of a backstory behind the name. Babes with Blades is a theater company with a pretty cool mission statement:

…to expand opportunities for women in the world of stage combat. By exploring theatrical violence as a storytelling tool and as a means to entertain, educate, and enlighten, we challenge traditional expectations, push personal limitations, and celebrate the historical role of the woman warrior and her modern evolution. 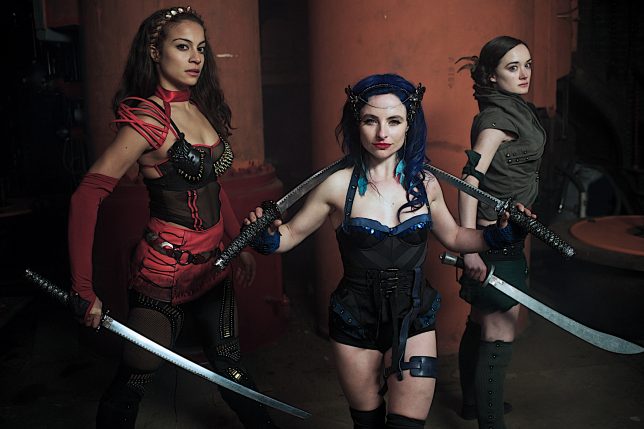 Realising that these are some really passionate and well-trained women that have been kicking ass Wonder-Woman-style since 1997 definitely left me with a different perspective on what the film has to offer. That, and I’m pretty sure that every one of those ladies in the above image could pretty easily whoop my ass.

Starting January 2nd, Babes with Blades will be available to buy/rent on the following platforms: iTunes, Amazon Instant, Google Play, PlayStation, Xbox, Vudu, and On Demand through local cable and satellite providers.

M.O.M. (Mothers of Monsters) Takes Unflinching Look at the Making of Murderers